Humans have engaged in gambling activities since the beginning of civilization.

However, the big question is why do humans keep on playing games that are based on luck?

Gambling started as a leisure activity in Ancient Rome and Greece, and the activity has become more popular because of the increasing number of online casinos.

We’ll focus on the gambling habits of ancient Romans.

Gambling was a Widespread Activity in Ancient Rome

Ancient Roman gamblers were chronic gamblers who gambled every day.

One’s status in society did not matter.

Although women were generally not allowed to participate in gambling with men, perhaps the wealthier women could play occasionally.

However, women took part in the Bona Dea event which was organized for women.

The ancient Romans used to play dice and board games before the emergence of table games and online slots.

Most of the boards consisted of 36 squares with different types of symbols such as crosses, leaves, squares, and letters.

Players would throw three dice and the biggest win was a combination of 3 sixes.

Backgammon was also a popular game in ancient Rome.

The players used 3 cubic dice and there were 15 pieces for each player.

Ludus latrunculorum was another popular game in ancient Rome.

A player became the king or winner by capturing the largest number of multi-colored glass pieces.

The first game required some skill because it involved throwing and catching 5 bones.

The second game depended on luck. It involved 4 bones with the values one, three, four, and six.

The Venus was the highest throw while the Dog was the lowest throw.

In general, gambling was an illegal activity in ancient Rome except on specific occasions.

People were only allowed to participate in gambling during the Saturnalia festival.

The Romans honored the God Saturn during the festival and slaves could gamble with their masters.

Despite the ban, people could still gamble in private homes, brothels, and pubs.

Remember to share your thoughts on this topic with us. 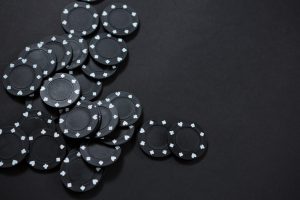