Gamblers try to cheat in different ways, but the good news is that RNGs ensure online slots are not vulnerable to fraudulent activities.

However, some people have managed to trick slot machines.

Cheating involves advanced scientific concepts and math operations, so we won’t discuss everything in detail.

However, we’ll try to explain how some people bypass slot machines.

They generate pseudo numbers nonstop and it is possible (in theory) to get an arbitrary outcome by combining the last digit (or 2) with a mathematical operation.

Math operations such as multiplication, addition, subtraction, and division end up producing the same results, which means Pseudo RNGs are not completely random.

That’ why they are theoretically hackable.

There is no need to worry because most people cannot cheat RNGs and online gambling outcomes are usually fair.

However, some people have succeeded in cheating RNGs.

He developed a program that guessed RNG outcomes and managed to win a lot of money on keno.

Harris ended up in prison and was banned from all Las Vegas casinos.

Another incident happened in 2008 when a player named Norman Clem started to monitor his losses and wins over a year.

He realized that he had won 856 times (27%), which was not anywhere near the predicted win percentage of 49%.

He decided to share his finding on the internet.

Michael Shackleford also did a similar test and learned that BLR Software increased the casino advantage by manipulating games.

The two examples should not make you freak out because there are many good stories, and we always focus on regularly tested casinos.

Most online casinos are certified by unbiased third parties such as GLI and TST to guarantee fairness and random outcomes.

Feel free to share your views and comments with us. 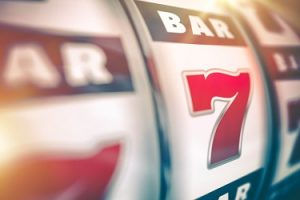 Free spins No deposit No wager